The Peninsula Point recreation area, administered by the USDA/Forest Service, is a 48.5 ha area of land that juts into the northern shore of Lake Michigan (green star on map below). Most of the peninsula is wooded with cedar, aspen, or paper birch. At the southern end of the peninsula the forest is cleared around a lighthouse tower. An interpretive 4 km long nature trail passes through the southern clearing and the wooded area. A monarch monitoring program was initiated in 1996 to census monarchs as they stopover at this site. The census entails an early morning roost count in the lighthouse area followed by 2 walking censuses daily along the nature trail around the peninsula from 1 Sept-30 Oct.

The data from this program represents one of the longest-running and most valuable sources of information regarding the integrity of the monarch migration and the status of the monarch population in this area. 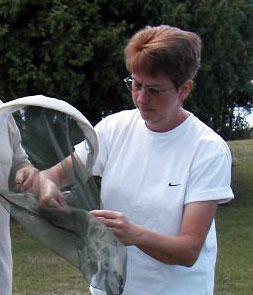 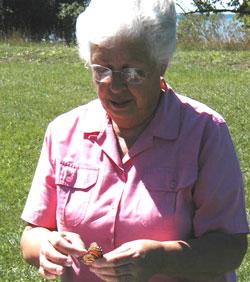