The Mass Butterfly Club is a chapter of NABA, but organizes extensive field trips which it has been tracking since 1992. One to several people go to a location and report all the butterflies seen during the trip. 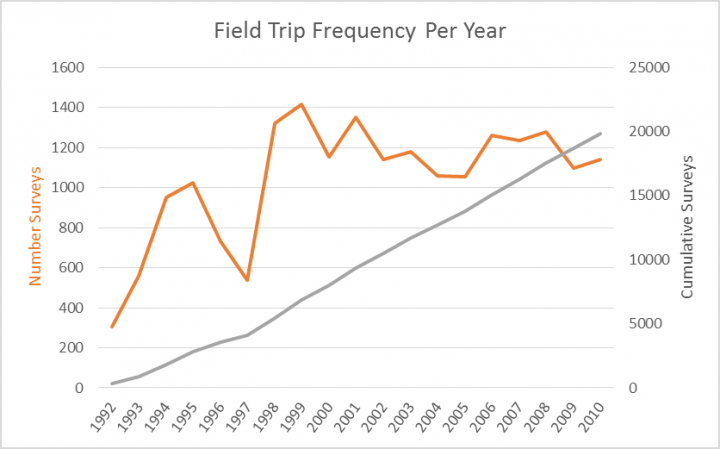 In this paper, data from almost 20,000 field trips were used to show climate related trends for the 100 most common butterfly species in Massachussets.  First, the authors showed that there had been an overall warming trend in MA in all five climate zones over the past several years (Fig. 1a).  During that time, abundances of southerly-distributed species had increased while those with a more northern distribution had decreased (Fig. 2a).  Looking at species individually (Fig. 2), there was a range of responses, from those species showing significant declines (below -0.05 line), increases (above 0.05 line) and those with no significant trend (between dashed lines).  Analysis shows that species that overwinter as eggs are more likely to show declines than those that overwinter at later stages.  Further, common species are more likely to be declining that those often targeted for conservation efforts, especially if they were near the northern edge of their range. 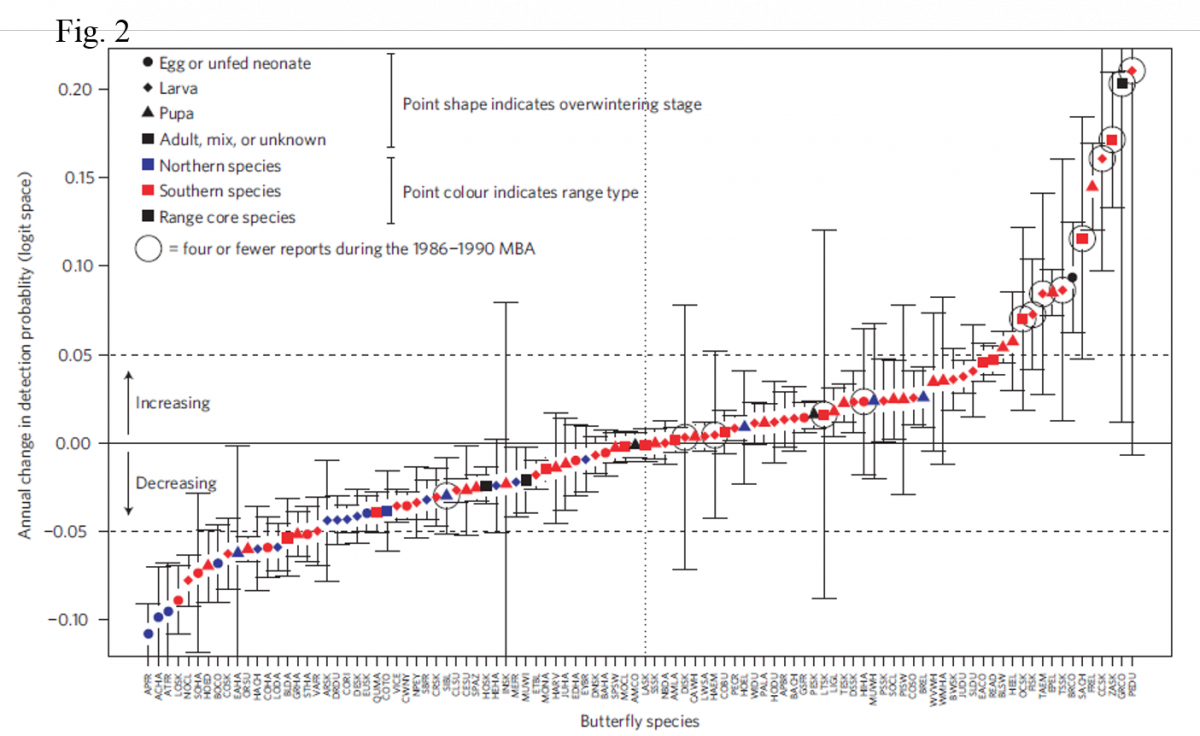